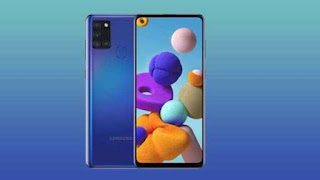 Samsung Galaxy A21s was launched by the company in London on Friday. The phone had seen a lot of leaks in the last few days after which Samsung has finally officially gone with the phone. It comes with an Infinity-O display, quad-camera setup, and  Samsung’s upcoming mid-range phone also comes with Dolby Atmos audio.